Chat with us, powered by LiveChat

We at Pinoy, create unbreakable bonds. We bring experiences, emotions and education together in the world of traveling. Every destination you choose is your new way of experiencing life through us.

VISIT UAE: WHERE SO MUCH IS ACCOMPLISHED IN SO LITTLE TIME 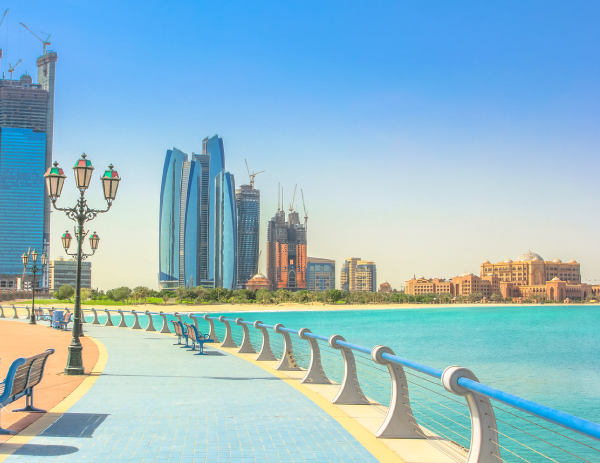 VISIT UAE: WHERE SO MUCH IS ACCOMPLISHED IN SO LITTLE TIME

What do you know about the United Arab Emirates? You probably know it is covered in skyscrapers and glass buildings in areas, and mountains and beaches in different areas. You probably also know that it is one of the most highly targeted destinations in the Middle East, because of what it holds from a variety of cultures, communities and lifestyles. All that may be reason enough to want to visit this interestingly diverse place everyone seems to just love.

However, there is more; there is always more when it comes to the UAE. For a country that has not been around for over fifty years, the United Arab Emirates have accomplished so much more than anyone thought was possible in such a short period of time.

Here are just a few of the outstanding accomplishments made by the Emirates so far:

The UAE is defined as a place bound by the idea of coexistence and respect for all cultures and values, as the Pope Francis was invited to visit the country, which forms a Muslim state, by none other than the Minister of State for Tolerance herself.

This conveniently brings us to the next point. The UAE has a high respect for women’s rights and belief in their capabilities as they appoint women in high governmental positions. In 2016 alone, seven women were newly appointed.

The UAE never stops overdoing themselves, in 2016 Dubai revealed a huge man-made water canal that has been under process for three years and cost hundreds of millions of Dollars. Needless to say, the water canal project was a huge success. Moreover, the arts are not forgotten or overlooked in Dubai. The city is also home to a gorgeous opera house that is considered the youngest in the world.

Around two years ago, the Emirates opened an office that is entirely 3-D printed. It was the first of its kind in the whole world.

The UAE has accomplished so much more than that; it would take books to list everything. So what are you waiting for? Apply for your UAE Visa now, and travel to one of the most exciting destinations around the world. Applying for a tourist visa to UAE is easy, and it can be done either online or via any trusted travel agency of yours. It will give you the chance to tour all the seven Emirates freely, and discover for yourself the great things done by a country that has only been around since the seventies.

Send this to a friend